The rest of the family was in the kitchen when Mélanie called out to us to come see something. She had been in the middle of hanging up some of the swimsuits to dry when she discovered a stowaway. 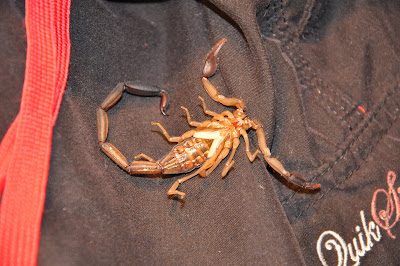 The scorpion was very much alive and had decided to camp out in my swimsuit. I transferred him to a Ziploc bag and we set it free in a field the following morning. 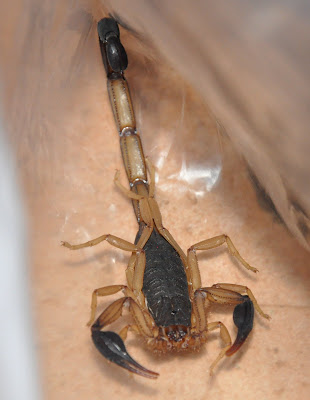 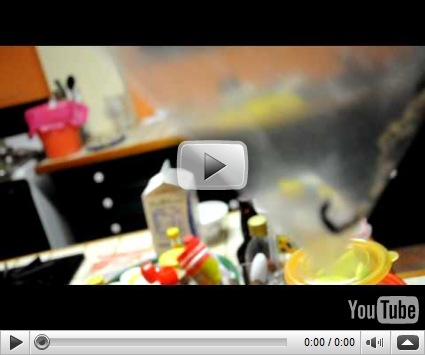 As mentioned before, creepy crawlies such as scorpions, spiders, and snakes are fairly common here. Nervous for our children’s well-being, we researched a bit on the Internet and read that Costa Rica has 12 types of scorpions, but none are dangerous; their sting is similar to a wasp. Scorpions in the United States are much more deadly and dozens of people die in Arizona from them every year.