Part 1 of the two-part finale of the enormously popular Harry Potter films opens in theaters today.

Léah as Hermione, the female protagonist in the series:

Gabriel has never seen either of the “Iron Man” movies. But, the idea behind Iron Man is very appealing to a young boy - with enough smarts and resources, someone can build a technologically advanced suit of armour and become a superhero.

Earlier this year, Gabriel had stated that he wanted to be Iron Man for Halloween. I told him that we should build a suit rather than buy one and for the last few months, that has been our project together.

We used recycled plastic from milk and orange juice jugs for the panels of the armour, and the housing for the chest-mounted "uni-beam" was fabricated from a yogurt container. It took us weeks to collect enough materials for the suit.

We “sewed” the panels together using cable ties and used many coats of spray paint. 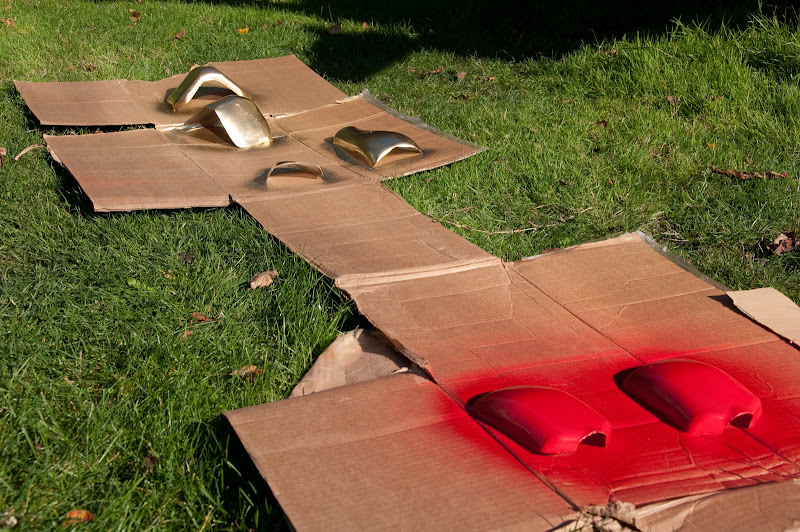 For the defining trait of Iron Man’s “uni-beam” light, we installed a camping headlamp in the chest piece running on rechargeable “AA” batteries. (This doubled as Gabriel’s flashlight for trick-or-treating.)

“Iron Gabriel” all suited-up and ready for some heroic candy gathering for Halloween: 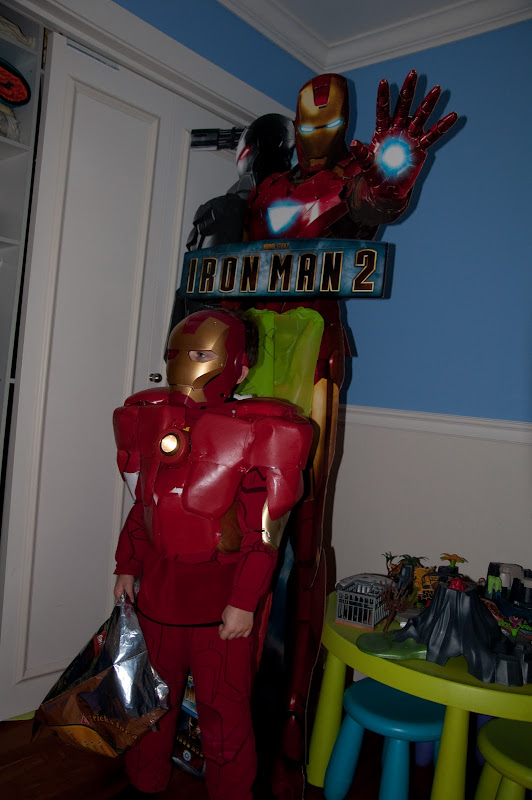 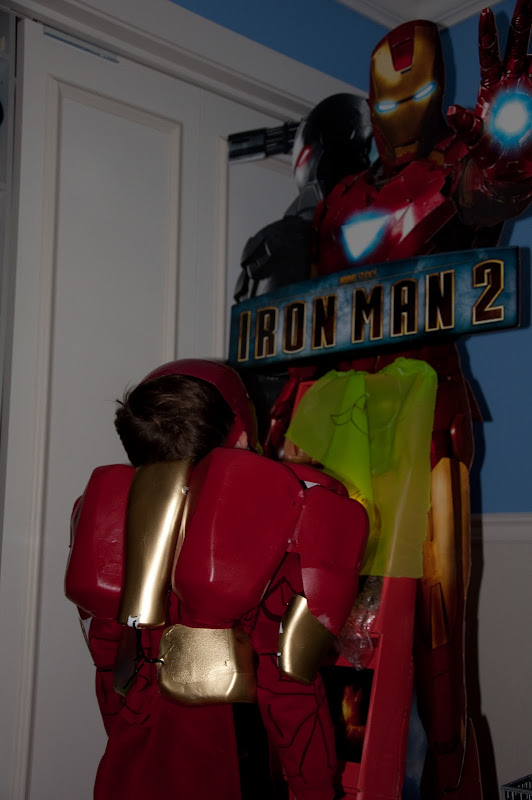 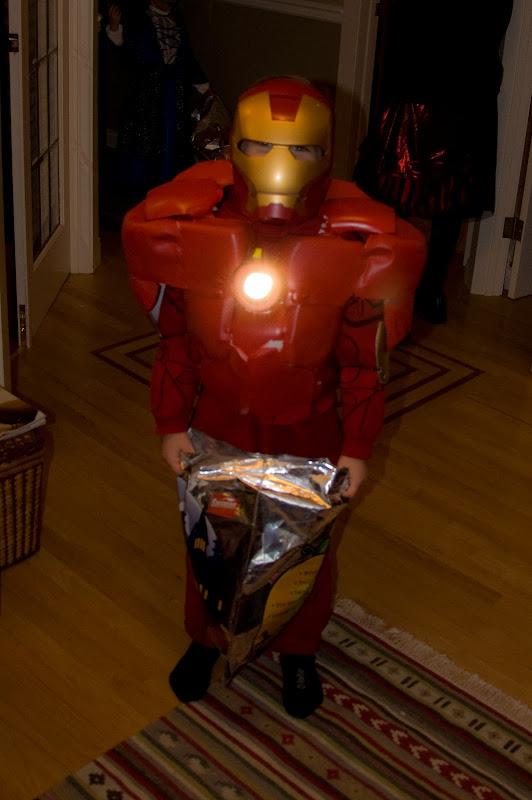