Grecia, which was once named "the cleanest city in Latin America”, is a short drive from Atenas. The city is famous for its church made entirely of pre-fabricated steel plates painted red and imported from Belgium in 1897.

According to an urban legend, the church was donated by some foreign country, and sent to Greece as a gift, but was wrongly shipped to Grecia. However, history records clearly show that order, shipment and construction of the temple were a coordinated effort of Grecia’s population, Catholic Church and Costa Rican government in the Late 19th century. 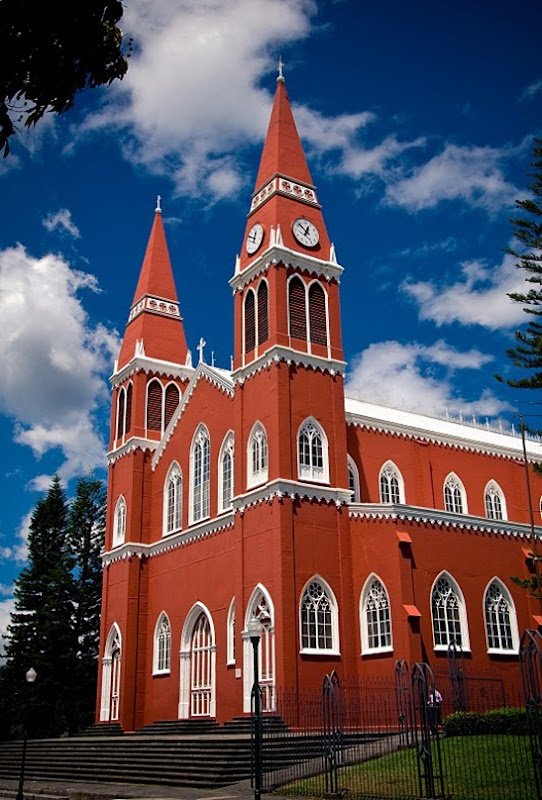