Look before you leap

The route from our house in Atenas to Jacó passes over the Tárcoles River. It is often stifling hot in that part of the country and it might be tempting to go for a little swim in the river until you spot the sunbathers. 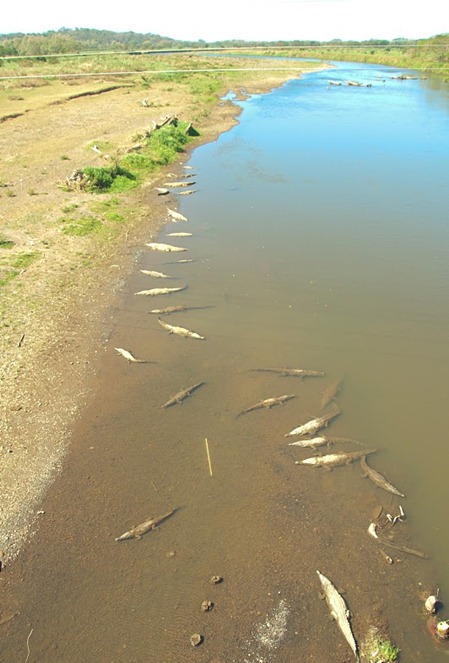 Many, many crocodiles. (I couldn’t fit them all into the picture without a wider lens.) 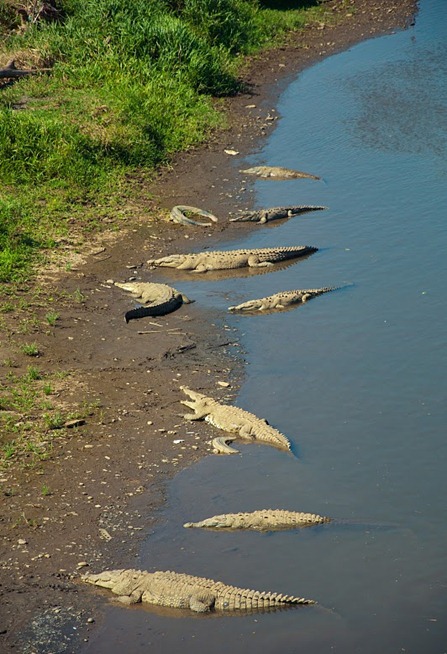 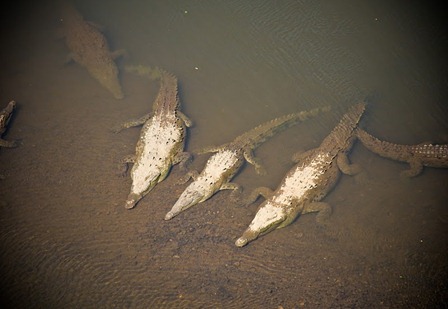 If that is not enough of a deterrent to stop you from going for a swim, keep this in mind:

The river is the most contaminated river in Costa Rica, carrying much of the sewage from the central towns and cities. The river's watershed drains approximately 67% of Costa Rica's untreated organic and industrial waste and is considered the most contaminated river basin in the country. It was also affected by a leak of 400 thousand litres of diesel fuel by the state-owned Costa Rican Petroleum Refinery in 2000 which further damaged the ecology of the river and its immediate surroundings.