A “tuk-tuk” in Thailand is a three-wheeled cabin cycle. The basic tuk-tuk configuration resembles a motorized version of the traditional pulled rickshaw or cycle rickshaw: a cabin compartment attached to a motorcycle. Auto rickshaws are an essential form of urban transport in many developing countries. Its compact shape and nimble performance makes the tuk-tuk a popular choice of transport in traffic-ridden Thai cities. 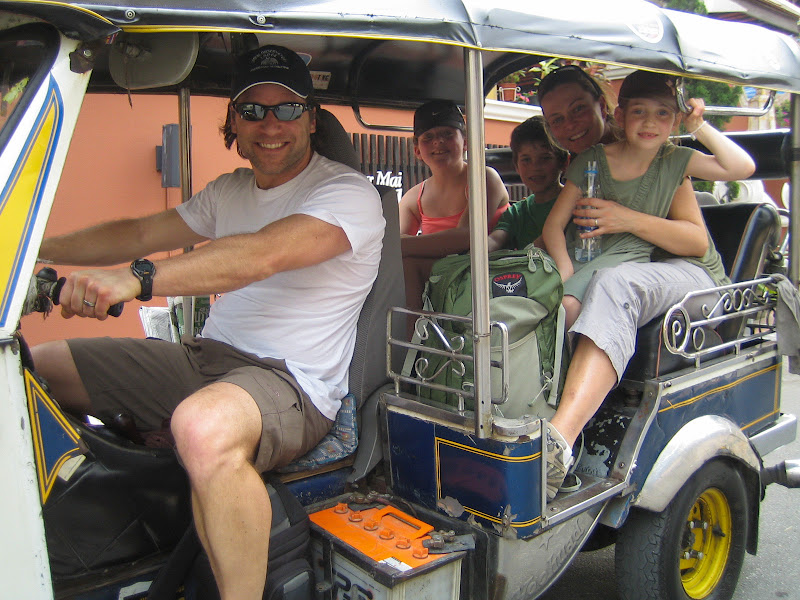 (I didn’t actually drive the tuk-tuk… the tuk-tuk driver just had me sit in his seat to take the picture.)

If you want to get a feeling of what it is like to drive around Chiang Mai in a tuk-tuk, watch the video that we recorded below.