Back in Chiang Mai, we stayed at a guesthouse called “Joy’s House”.

While we were sitting by the pool, some of the locals introduced us to a fruit called “Champoo” (or “rose apple”) that were growing on the trees around the pool. Based on its outward appearance, it could easily be mistaken for a small pear, although the skin is quite waxy compared to pears. Champoo are eaten skin and all. The texture is somewhere between a watermelon and an apple, as is the taste. There are several varieties of Champoo, with the most common in Thailand having a light green skin. This green variety is available almost year round, while the seasonal variety that we ate vary in color from apple red to almost black. 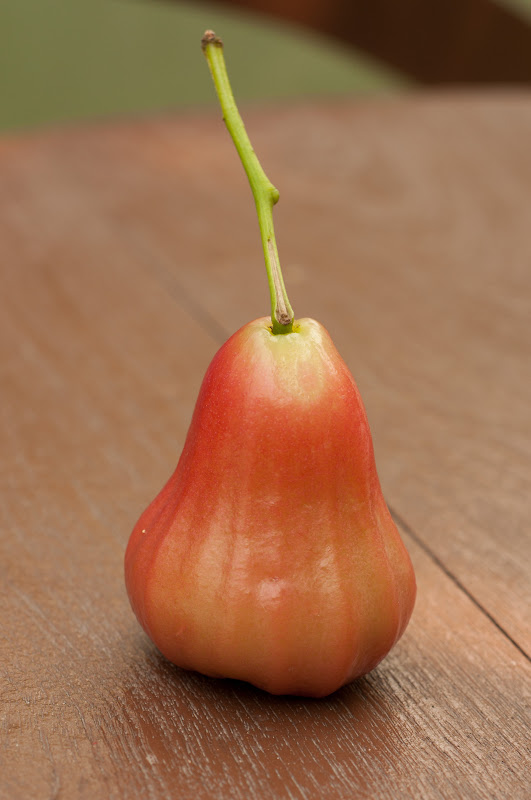