The Qutb Minar is the tallest brick minaret in the world and forms a part of the Qutb complex, a UNESCO World Heritage Site in Delhi, India. 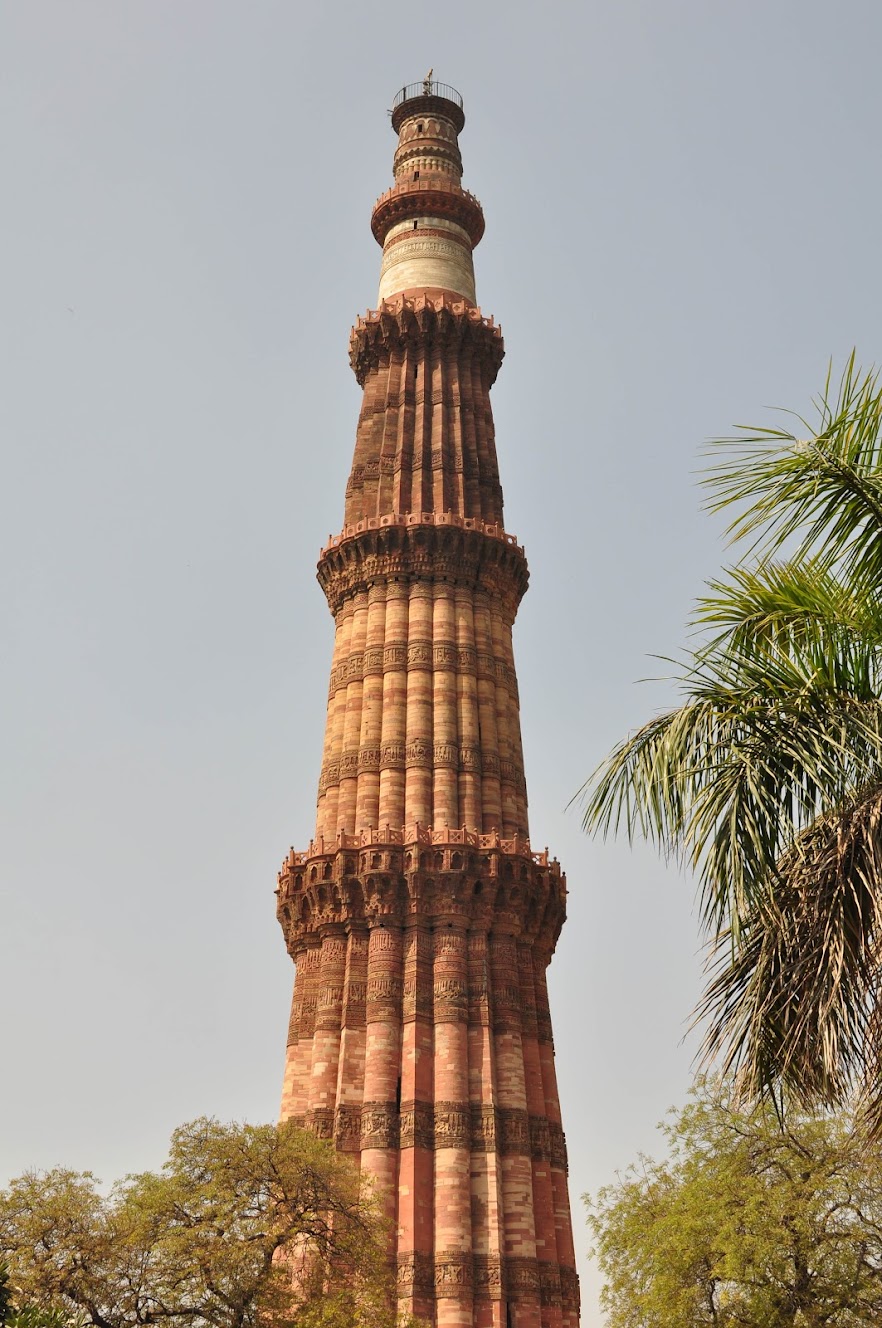 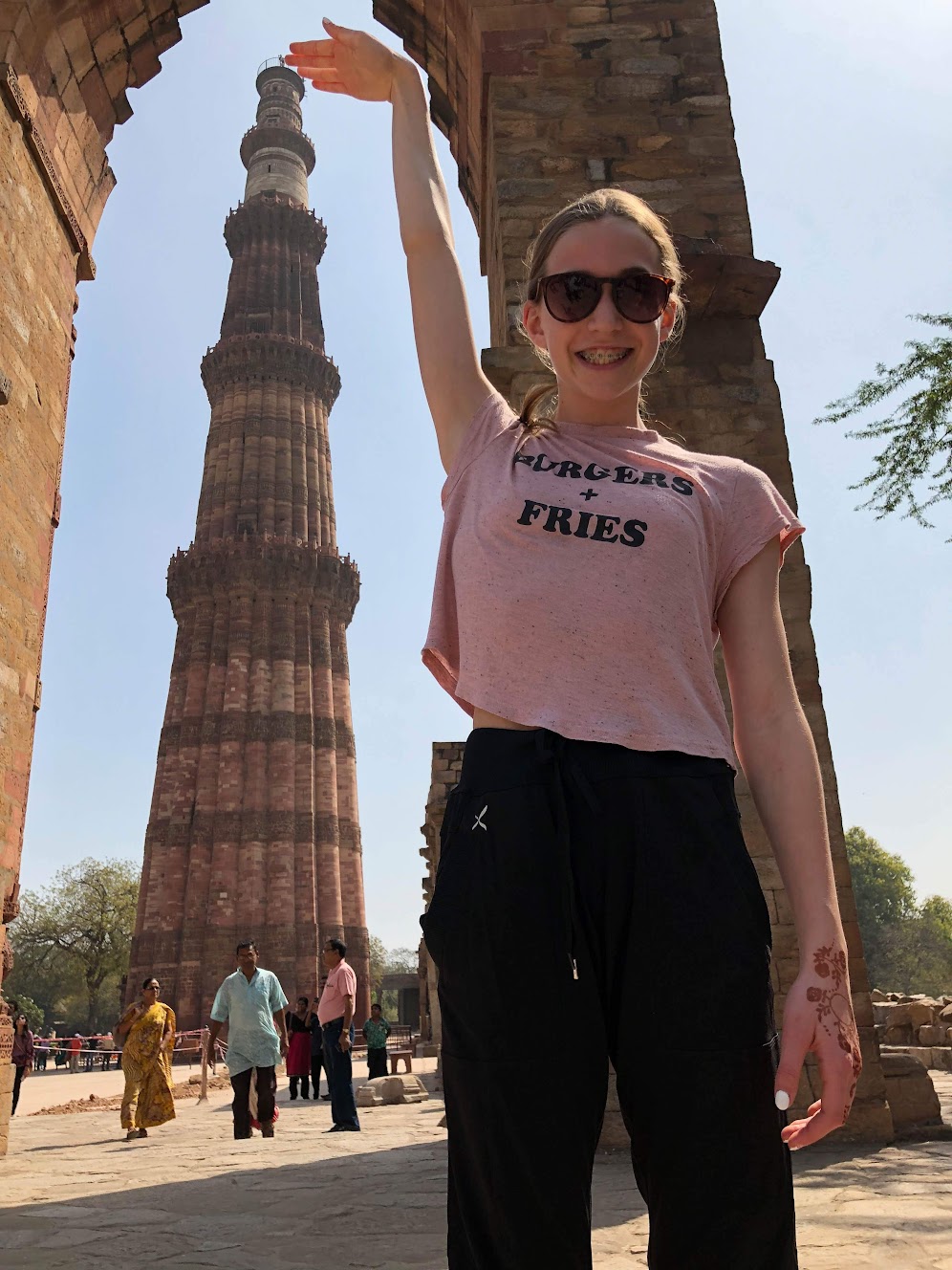 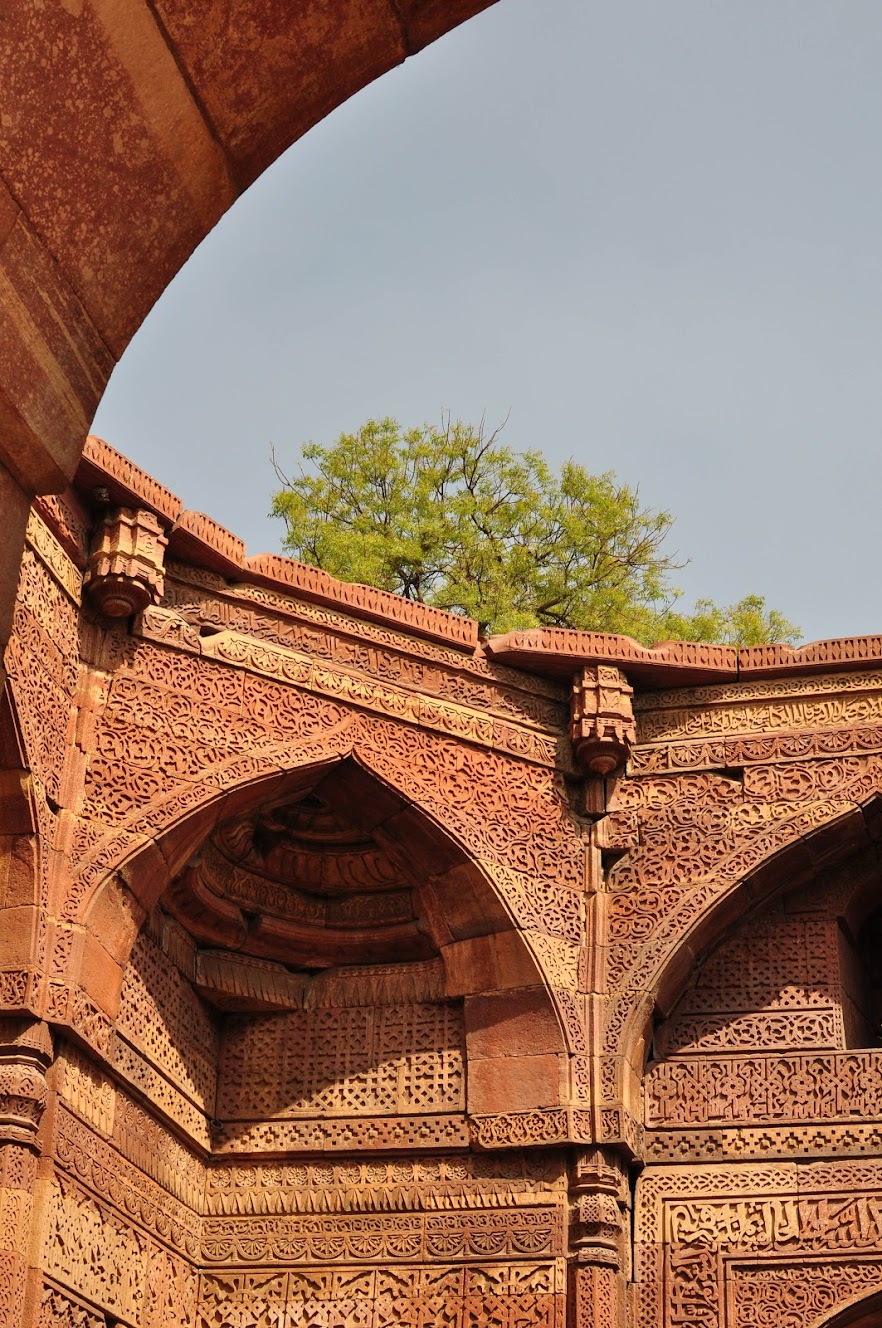 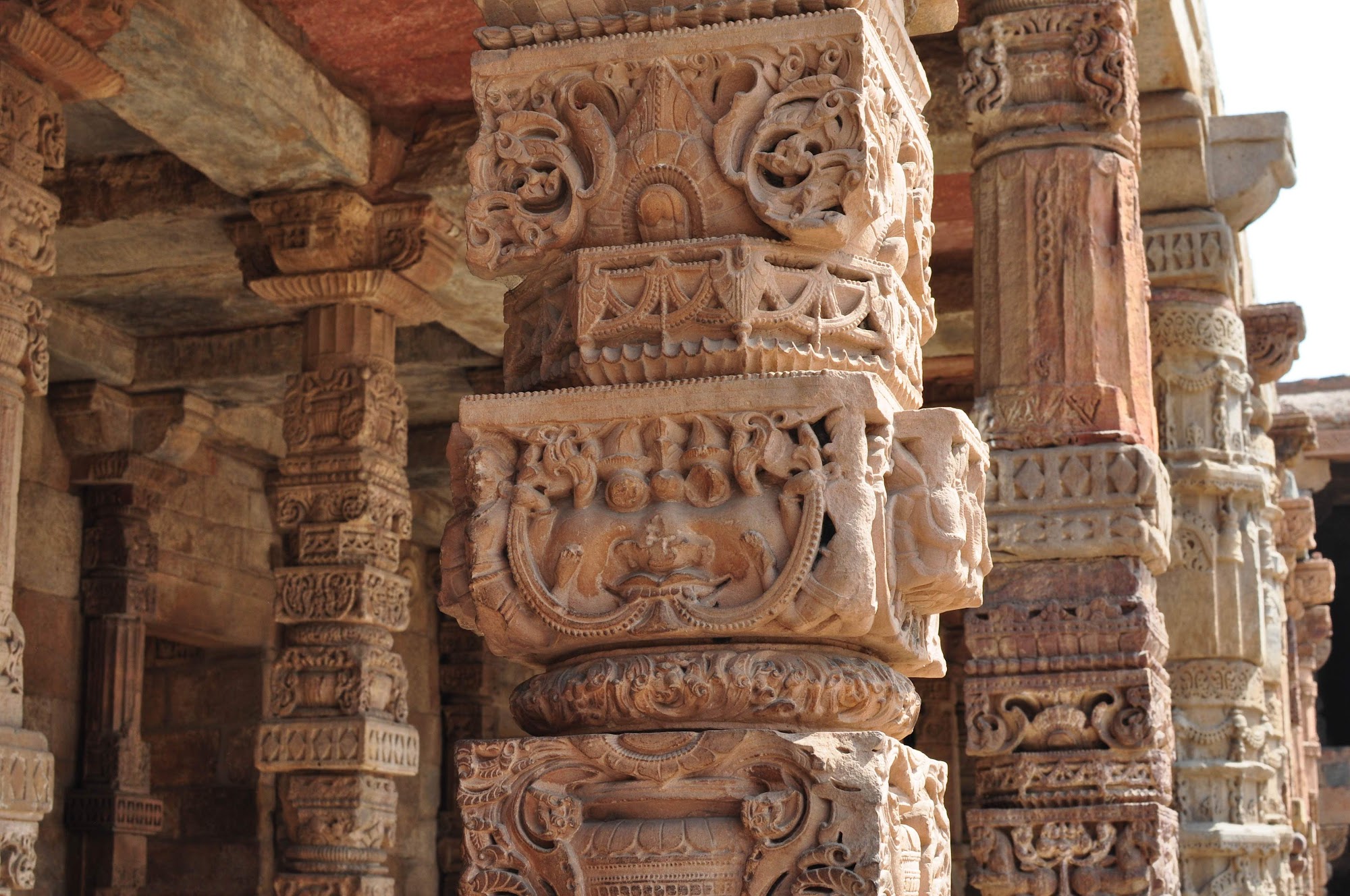 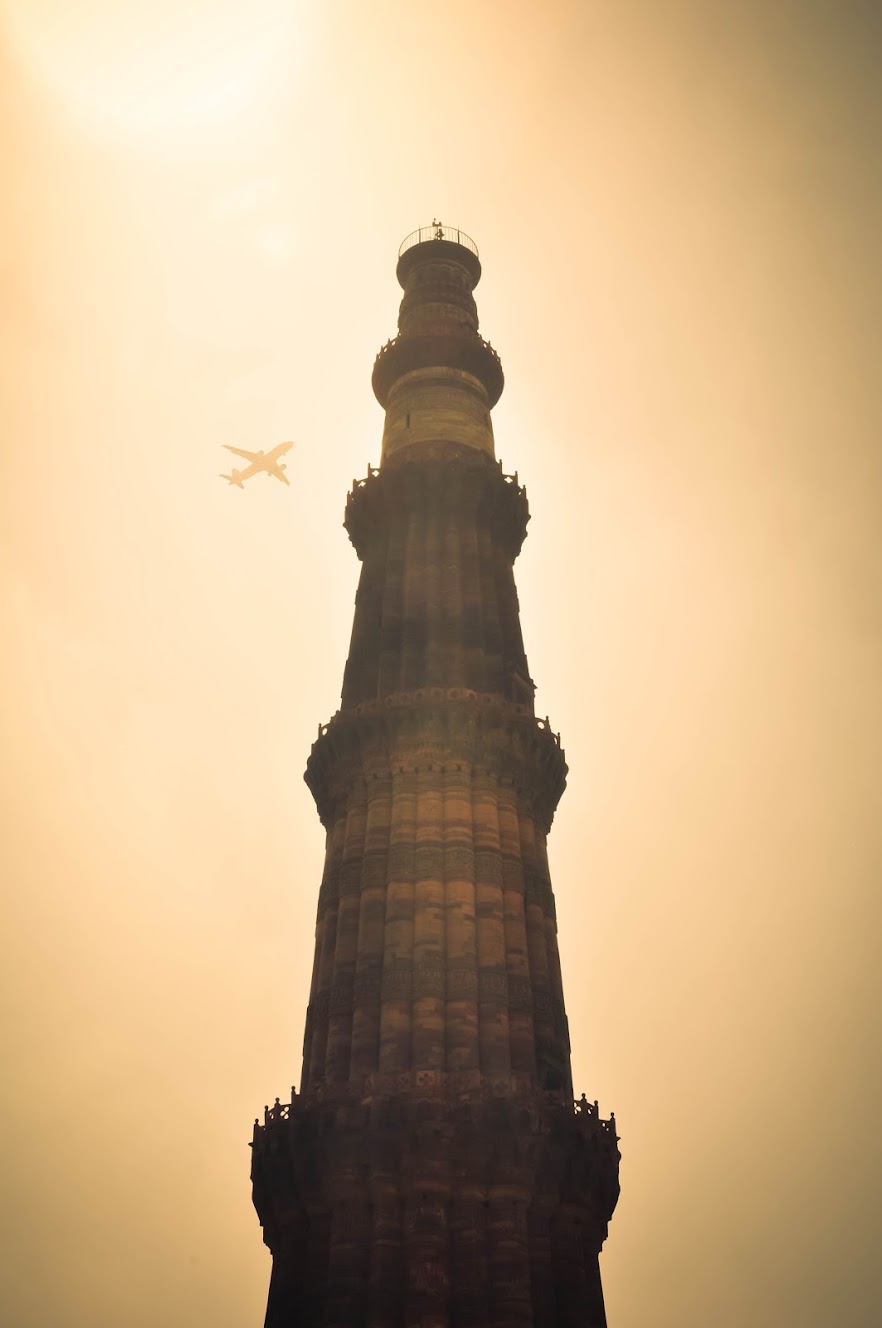 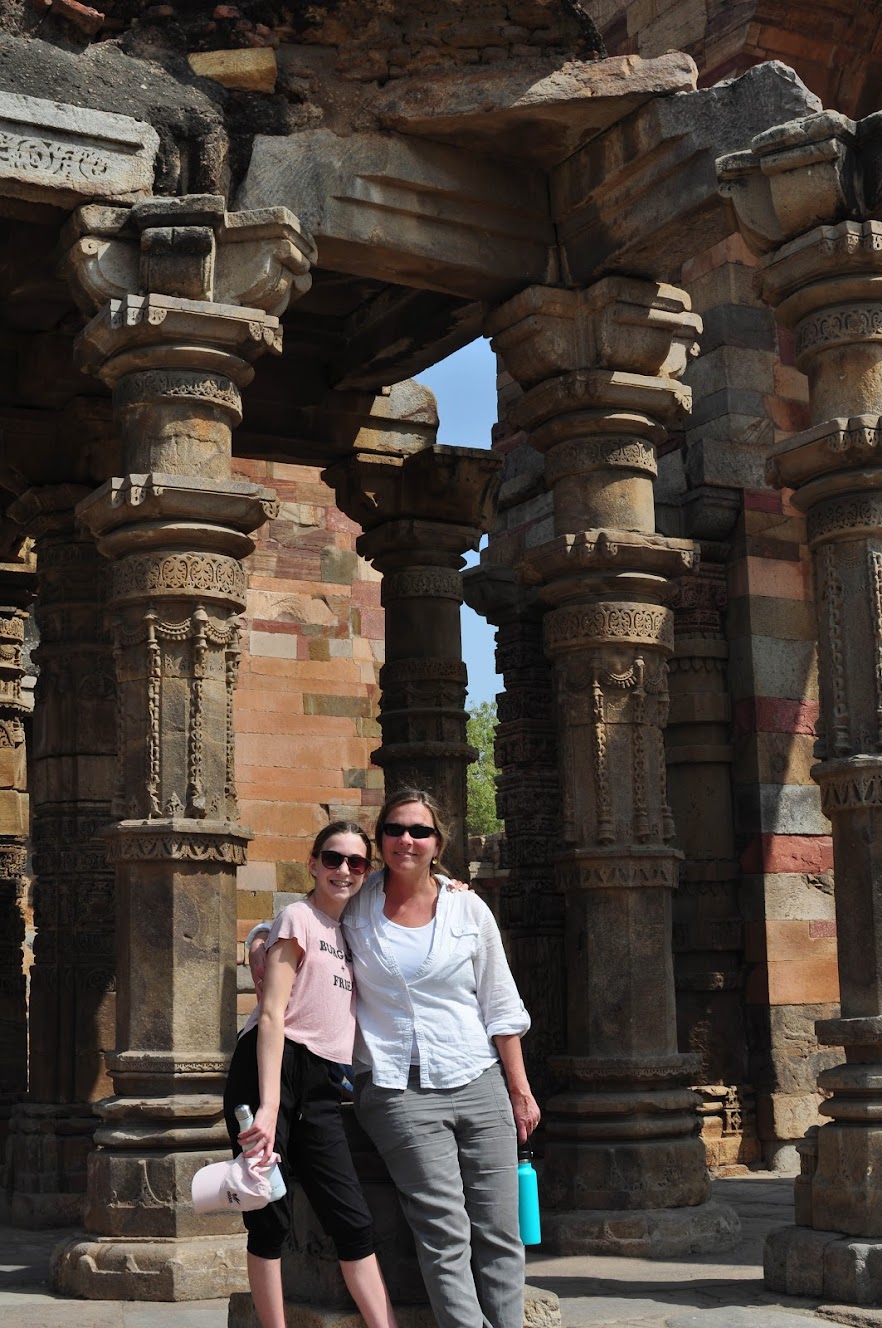 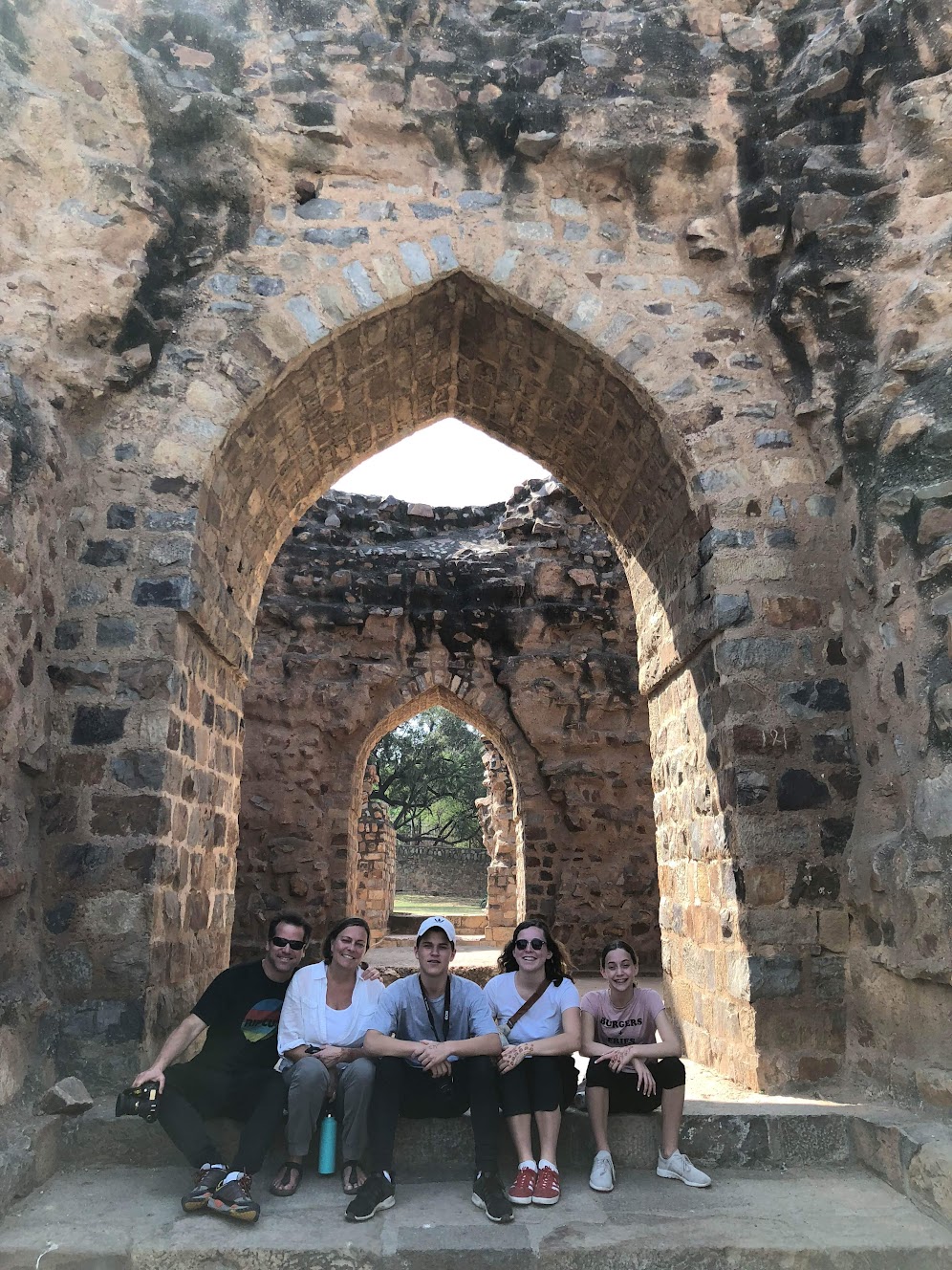 The iron pillar of Delhi is famous for the rust-resistant composition of the metals used in its construction. The pillar weighs over 6,000 kg (13,000 lb). A fence was erected around the pillar in 1997 in response to damage caused by visitors. There is a popular tradition that it was considered good luck if one could stand with one's back to the pillar and make one's hands meet behind it. The practice led to significant wear and visible discoloration on the lower portion of the pillar 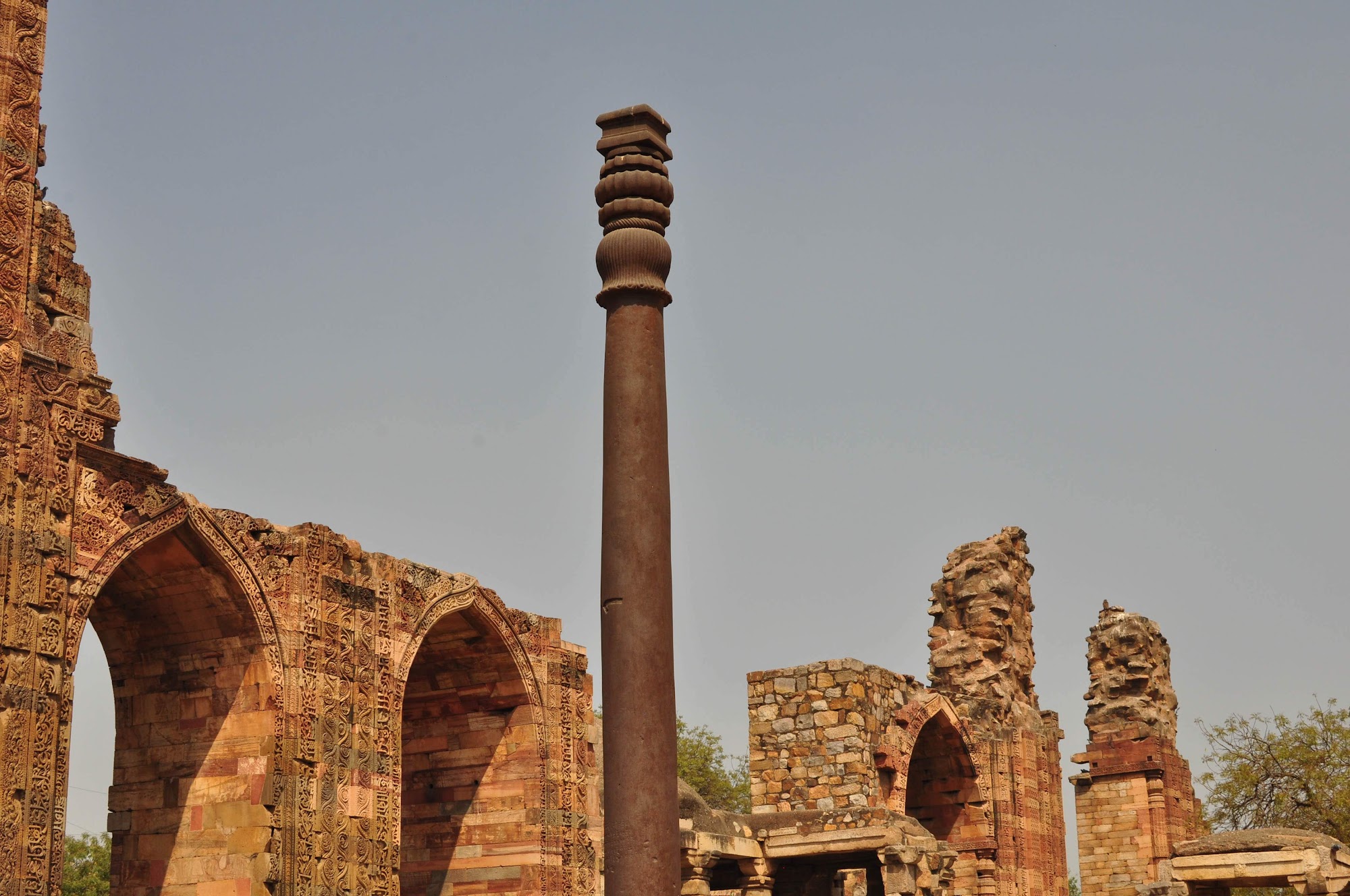 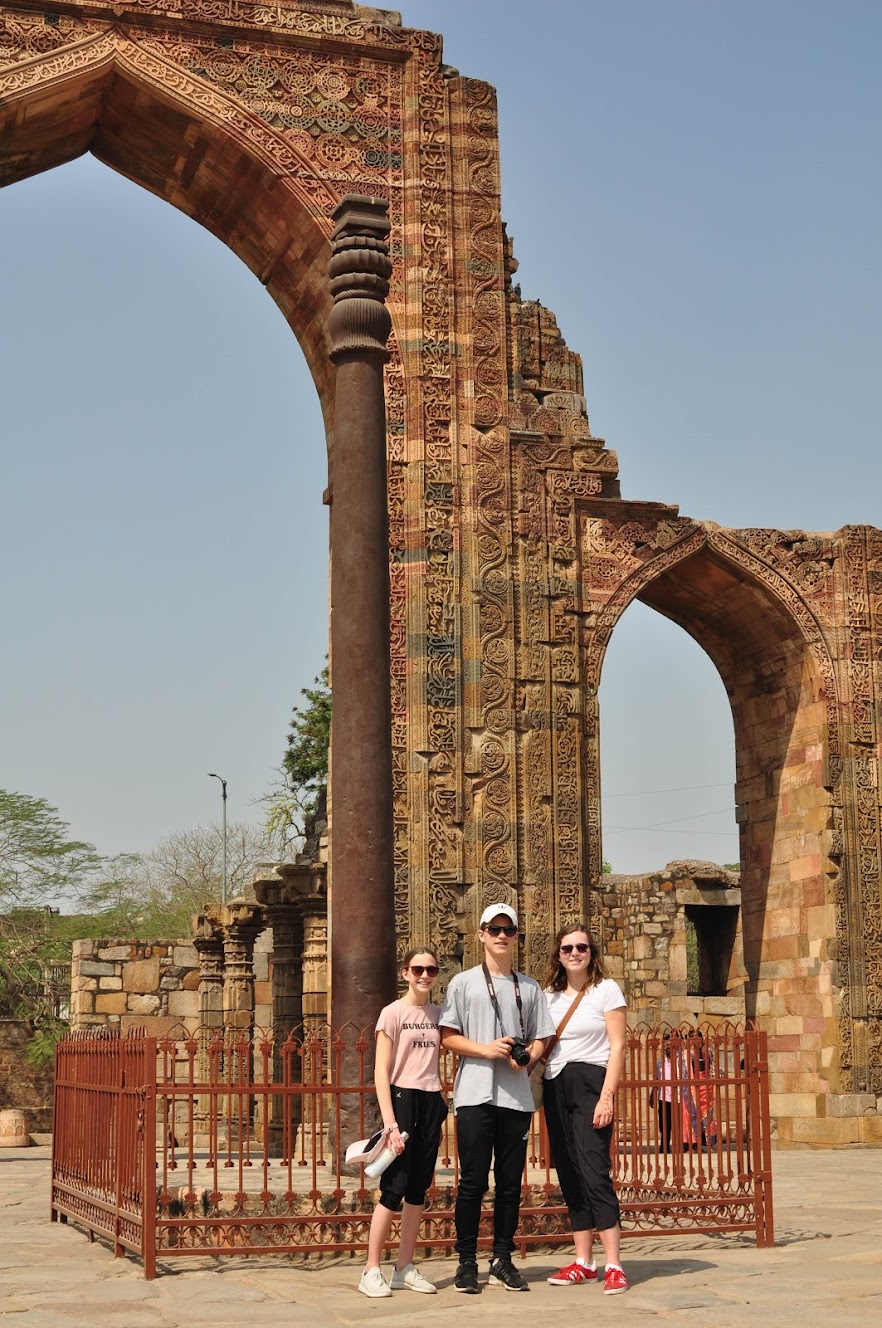