Saint Lucia is an island country in the eastern Caribbean Sea on the boundary with the Atlantic Ocean. The volcanic island is more mountainous than many other Caribbean islands. Two volcanic plugs, the Pitons, form the island's most famous landmark. 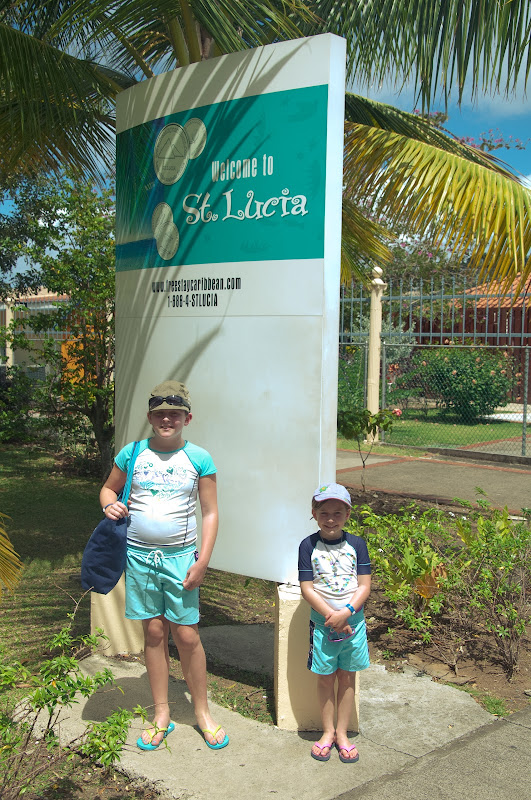 We took a water taxi down to a beach between the two Pitons, south of Soufrière. 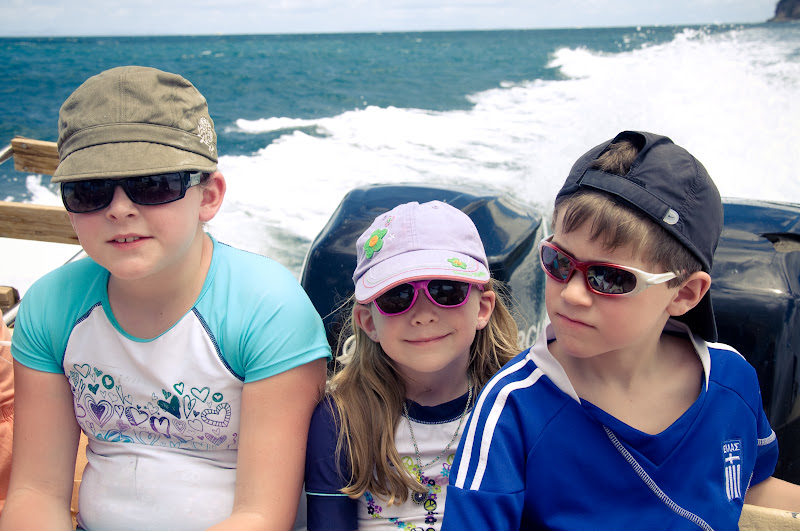 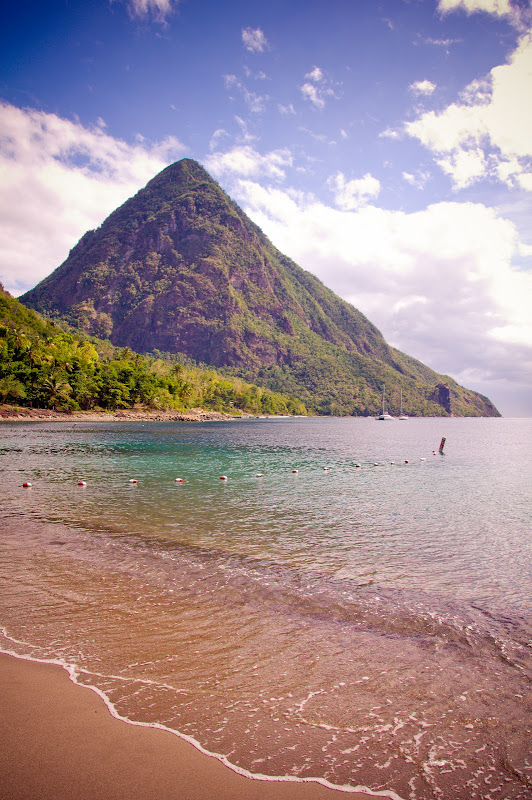 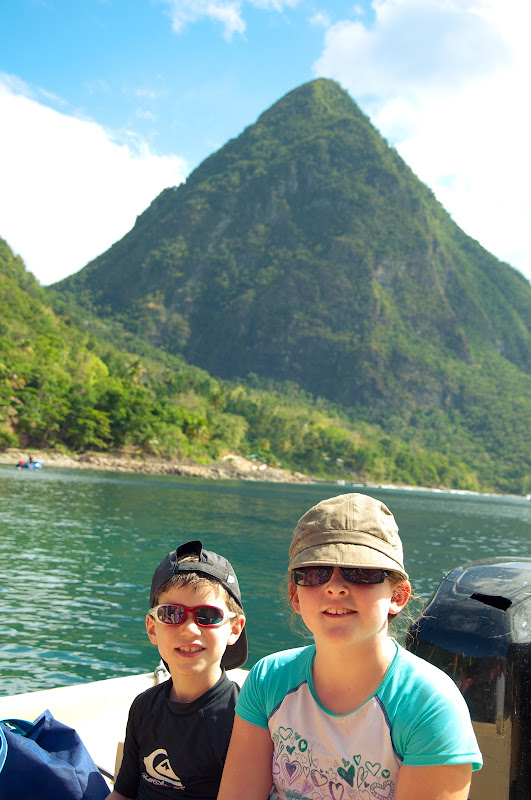 On the way back up to Castries, we stopped at a site that was used to film a scene in the movie Pirates of the Caribbean. 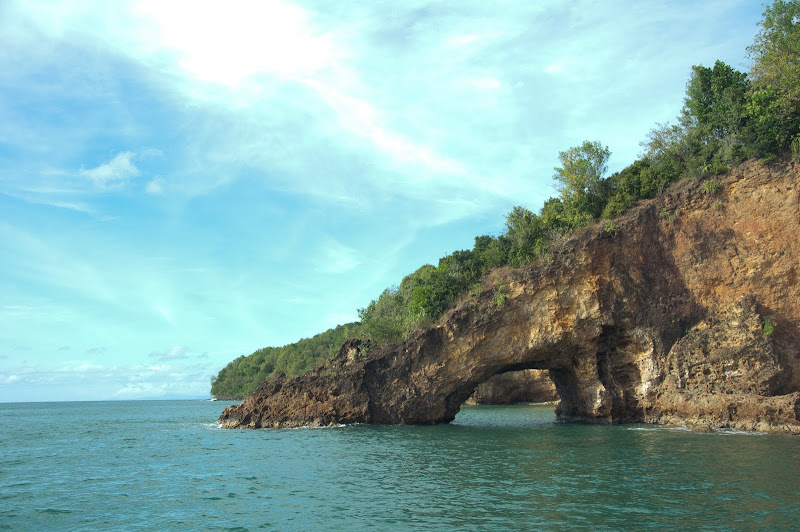 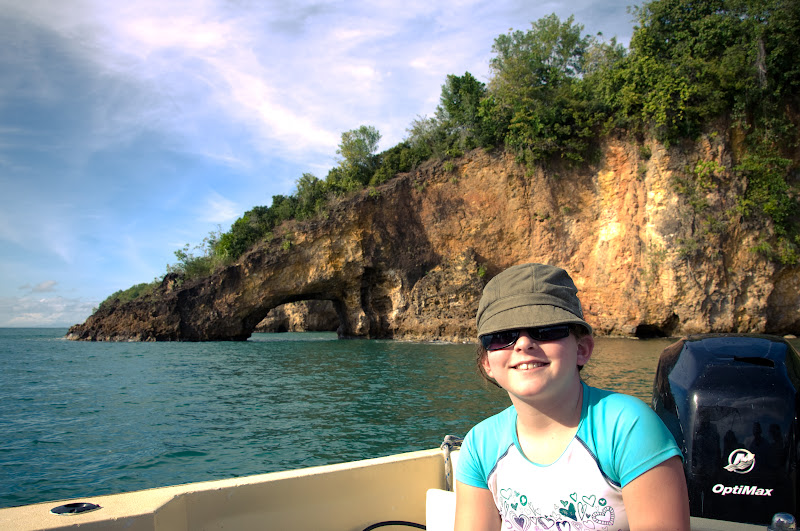