The south western tip of Crete has one of the nicest beaches in all of Greece – Elafonisi.

The drive to Elafonisi has breathtaking views. (Just take care that you don’t hit any sheep.)

The water is crystal clear and warm. The beach is perfect for children because the water is amazingly calm like a swimming pool. 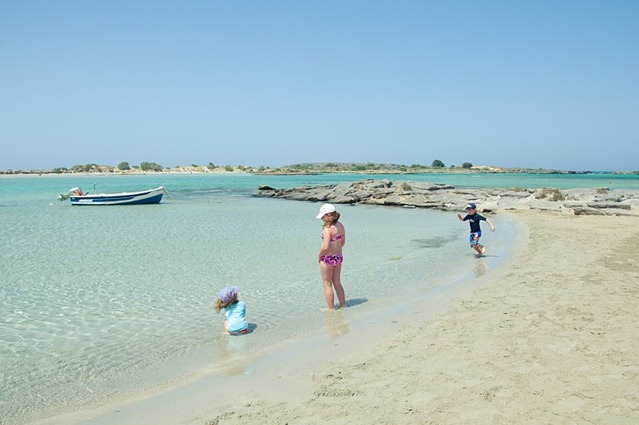 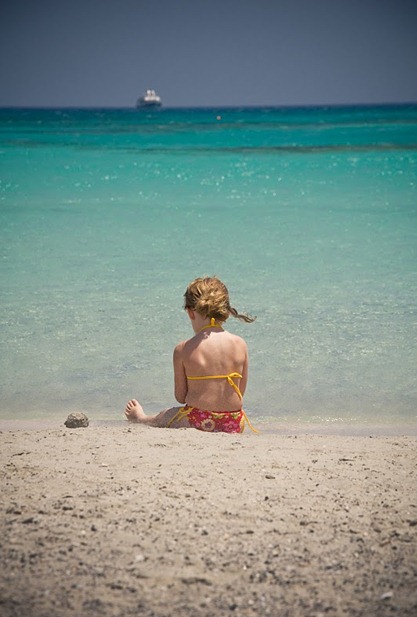 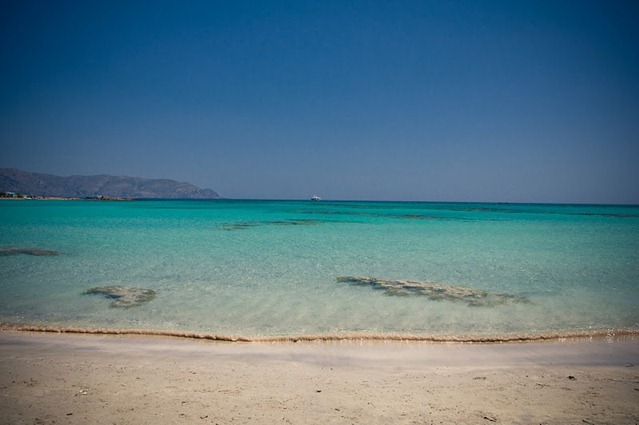 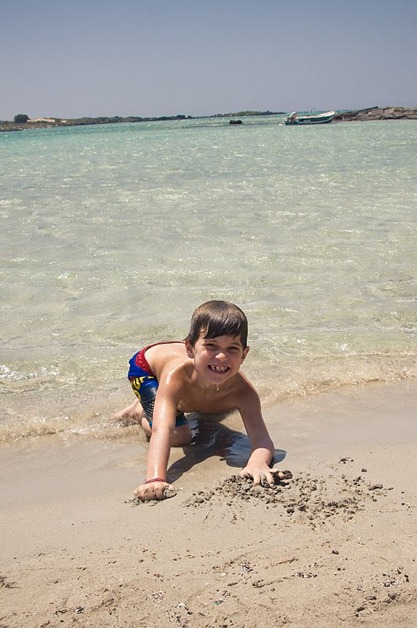 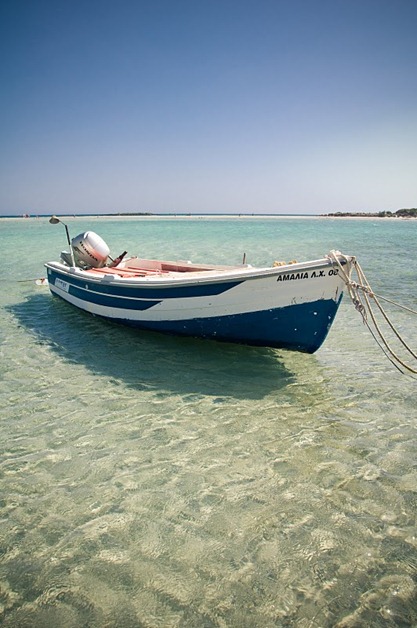 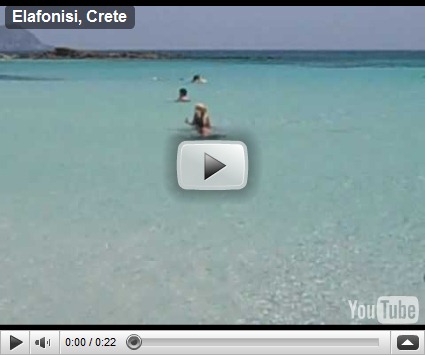 We took an overnight ferry from Athens to Chaniá, Crete. Chaniá, which is also transliterated from the Greek “Χανιά” as Hania, Xania, and Khaniá (making it confusing for tourists reading the maps and guidebooks), has a rich history that spans Minoan, Byzantine, Venetian, and Ottoman eras. During World War II, the city of Chaniá was invaded and occupied by German forces.

The ferry crossing from Athens to Chaniá takes 9 hours so we reserved a cabin in order to be able to get some rest. Sleeping in the bunk beds on the boat was a big highlight for the kids.

Despite being heavily bombed during World War II, Chania's Old Town is considered the most beautiful urban district on Crete, especially the Venetian harbour.

We spent some time walking through the narrow alleyways.

The kids were looking forward to stopping for some juice and ice cream. 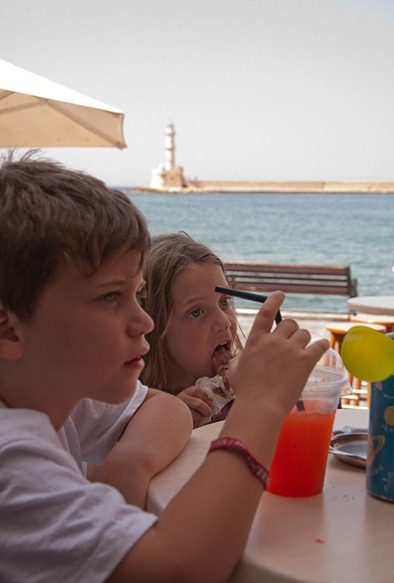 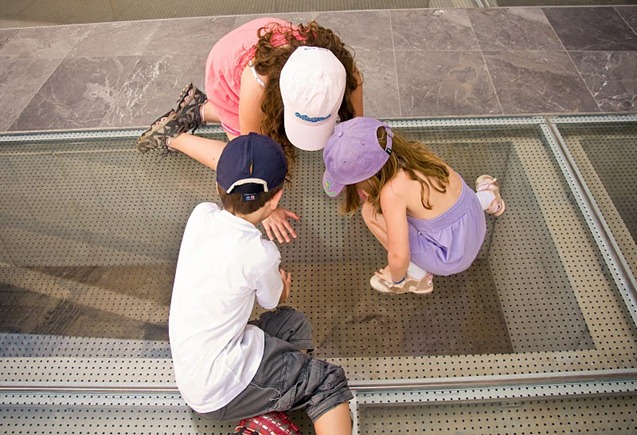 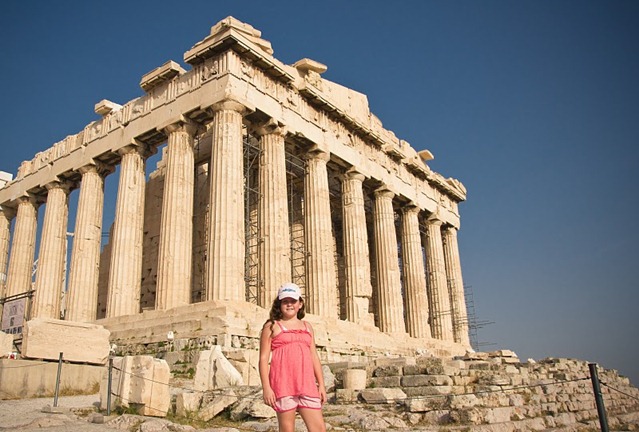 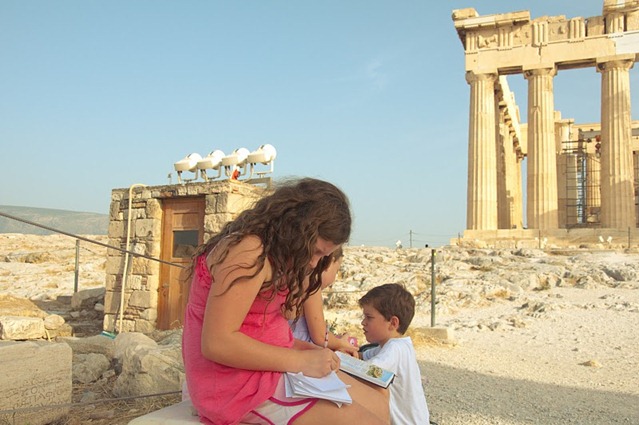 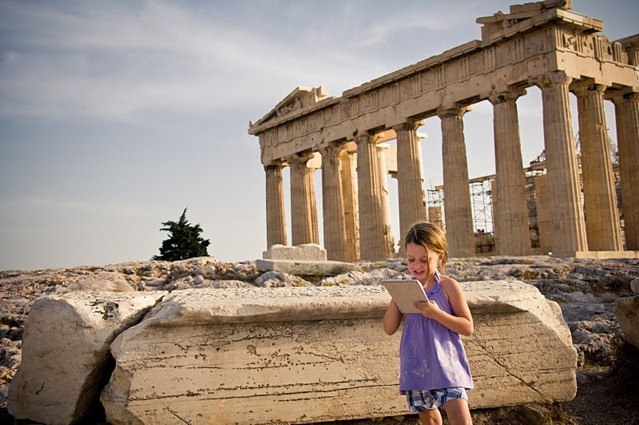 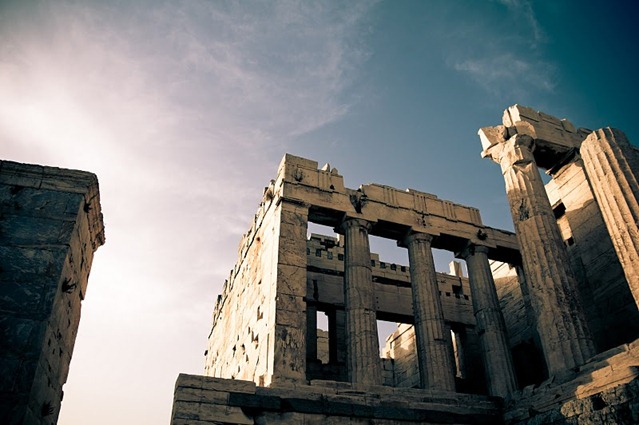 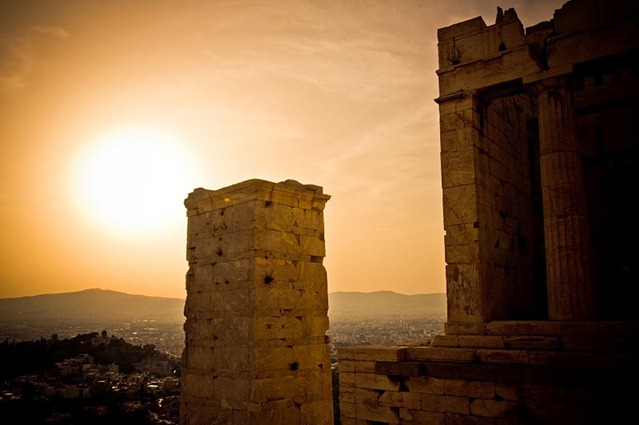 Athens, the capital and largest city in Greece, is one of the world's oldest cities with a recorded history that spans around 3,400 years. (Wikipedia)

I had visited Athens back in 1992 for less than a day and after the few hours that I spent in the city, I was not impressed. Too much traffic, congestion, and pollution. However, my opinion of the city was radically changed after this past visit. As a result of the huge investments in urban transformation to host the Olympic Games in 2004 (estimated at over €10 billion), Athens is a very different city than it was less than a decade ago.

Upon arrival in Greece, we took the train/metro from the Athens airport to Monastiraki Square. After a 9-hour sleepless, overnight flight, exiting the metro station into the lively square was a nice eye-opener.

“The former heart of Ottoman Athens, Monastiraki is still home to the bazaar and market stalls selling everything from junk to jewellery. [...] Monastiraki mixes the atmospheric surroundings of ancient ruins with the excitement of bargaining in the bazaar".

From "Greece - Athens and the Mainland" (Eyewitness Travel Guides)